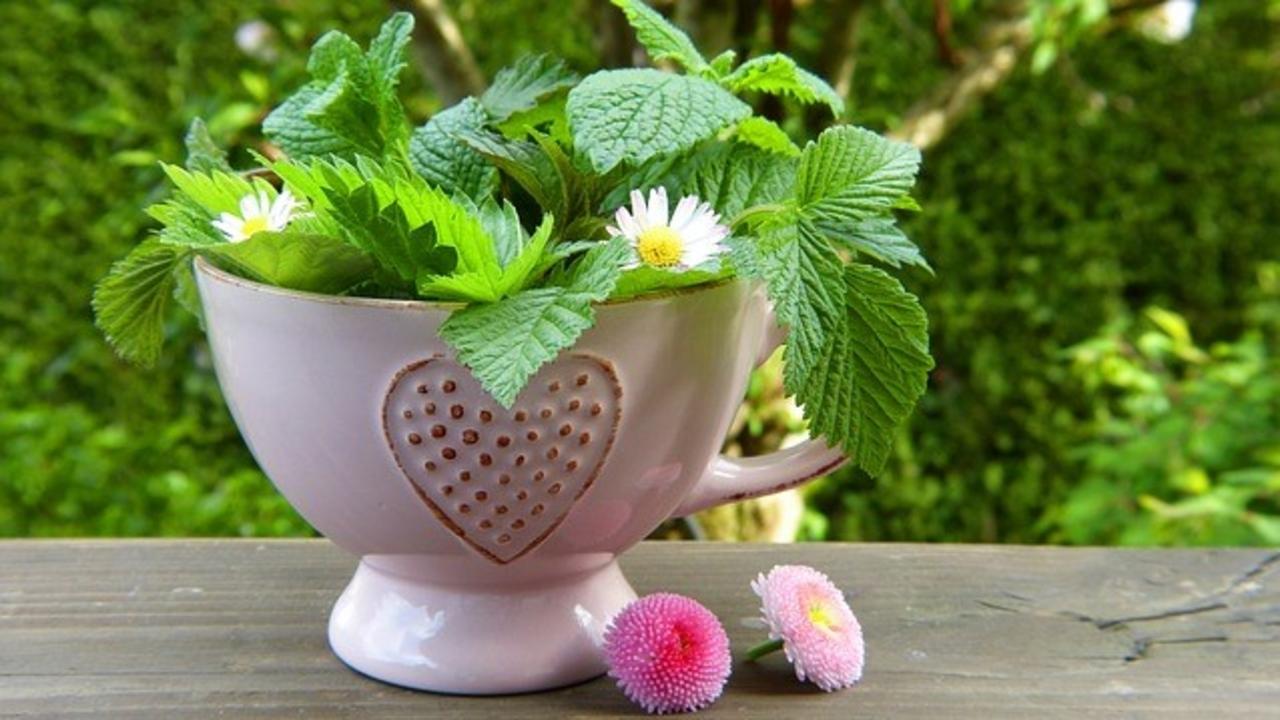 How Do I Get Out of Here?

I was in the middle of writing about a completely different topic for the blog this month, when I realized work I was doing to help someone navigate the SNF world would be perfect to share with everyone!

My friend, Donna, contacted me because a co-worker, Dennis, was in the midst of his wife, Carol, being in a SNF for a short-term rehabilitation stay. Carol had been in the SNF for 3 weeks, and Dennis was struggling, not knowing when she would be able to return home. Donna told me some of the things that Dennis shared, and to me, there were clear hints that Carol would discharged very soon. As I thought about it, there was no way Dennis, or anyone else, would have any idea that the SNF was preparing to discharge Carol.

Dennis & Carol are in their late 70’s, and live on the ground floor of a one-bedroom condominium unit. Both are from the generation when smoking was promoted and widely accepted as part of one’s social life. About 8 years ago, Carol was diagnosed with COPD (Chronic Obstructive Pulmonary Disease.) It’s a common disease that can afflict smokers later in life. It affects one’s ability to get enough air into the lungs and the lungs’ tiny air sacs. It’s a progressive disease that can be managed, but not cured. Carol’s physician wanted her to supplement her oxygen intake by using an ancillary oxygen unit, an oxygen concentrator, but Carol didn’t use it, thinking that it wasn’t necessary.

Over the holidays, Dennis & Carol came down with colds. Dennis recovered from it the normal amount of time, but Carol had lingering problems for over a month. Recently, Dennis returned home to find Carol having severe difficulty breathing. He brought her to the nearby hospital, where she was admitted for 2 weeks. Carol’s COPD had worsened, and her body had suffered from the lack of oxygen throughout the bloodstream and organs.

Carol was discharged from the hospital to a “rehabilitation center,” a common term used to indicate a SNF. Carol was admitted to the same SNF where she was 8 years prior, when she was first diagnosed with COPD. Carol was qualified for Medicare Part A coverage in the SNF.

Dennis faithfully visited Carol every day, periodically asking the staff about Carol’s progress. He relayed to Donna that he attended a Care Plan Conference, where he was asked what his goals were for Carol’s recovery. He said he told them that he wanted her home, able to walk around again, and to have a small portable oxygen unit. He thought that if Carol had a portable unit, that she would be motivated to get out of their condo unit.

The week before Carol was to be discharged, Dennis said that the Physical Therapist told him that Carol was doing great, and that there wasn’t anything more she could work on with Carol. Dennis believed that Carol’s discharge home was dependent on approval, “going up the ranks.” He also recalled that he was asked to attend a “brief meeting” the following week, on Tuesday. Dennis thought Carol would remain in the SNF for another few weeks.

The following week, when Dennis attended the “brief meeting,” he was shocked to learn from the Care Plan Committee that Carol was ready to go home, that Friday, in 3 days!! He felt lost about what to do…..he didn’t feel like he was ready to have Carol home yet, because they hadn’t sufficiently addressed “her breathing problems.”

With this background information in mind, I can explain the following hints Dennis didn’t know to pick-up on, in order to be ready for Carol’s discharge. Or, the specific questions he needed to ask the SNF Care Plan Committee.

It’s crucial not to be caught off-guard like Dennis was. The SNF did nothing wrong, but when you don’t know about the SNF discharge process, it comes at you at a surprisingly fast pace.

Hint 1: Carol Qualified for Medicare Part A Coverage in the SNF

To qualify for Medicare Part A coverage in a SNF, a person must meet the following criteria:

Skilled services in a SNF, for Medicare Part A purposes, include one or both of the following:

These skilled services can only be provided until a resident reaches their prior level of function.

Medicare does not reimburse for the delivery of skilled services beyond the person’s prior level of function.

When Carol was admitted she needed both skilled nursing and skilled therapy services.

Physical Therapy: To work on ambulation and endurance with Carol. With decreased oxygen intake, her ability to walk (ambulate) was minimal, and the length of time she could walk (endurance) was also minimal. This may include using a walker or other aid until to compensate for any endurance issues.

This will include evaluating Carol’s need for aids to compensate for her decreased endurance and progressive COPD. This could include the use of a reacher, sock aid, a shower seat, etc.

Hint 2: The Physical Therapist told Dennis there wasn’t anything more she could work on with Carol

We know from the above that requiring skilled Therapy Services is one of the ways to qualify for Medicare Part A coverage. The other is skilled nursing on a 24/7 basis.

When the Physical Therapist told Dennis that Carol was doing great, and there wasn’t much more she could do for Carol, it’s an indication that skilled therapy services may no longer be required.

Hint 2 is a pretty good indication that Carol will no longer qualify for Medicare Part A coverage, and may be ready to discharge home.

Hint 3: Dennis was asked to attend a brief meeting the following week.

Medicare (Traditional Medicare, not Medicare Advantage Plans) requires that a SNF issue a 3-day advance notice to the resident/family, stating that the resident no longer qualifies for skilled SNF services under Medicare Part A, and the reason.

Dennis isn’t expected to know that the brief meeting was to inform Dennis that Carol was being discharged from Medicare Part A coverage, and that she was ready to go home.

However, Dennis should have asked what the meeting was about. Any time a resident or family has a question about their care or their stay in the SNF, they need to ask the staff. The average SNF has 120 beds, with nearly as many residents. If you don’t speak up and ask questions, the staff believes that you don’t have any questions.

Imagine if Dennis had asked the staff member what the brief meeting was for, and he was informed that the team would be talking to him about Carol’s discharge home. Dennis would have had the weekend until the meeting on Tuesday to prepare himself for Carol’s return home, and to prepare a list of questions or concerns he had about Carol returning home.

Instead, Dennis felt completely overwhelmed and was mentally and physically exhausted from the whole ordeal of Carol being hospitalized, and then needing a SNF. He wondered how the SNF could discharge Carol without addressing her “breathing problems” or getting her a portable oxygen unit. Recall that Medicare Part A only covers a person in a SNF until their prior level of functions has been restored, and that COPD is a progressive disease. Carol reached her prior level of function with therapy, so she no longer qualified for skilled services under Therapy.

Since Carol was stabilized with the amount of supplemental oxygen she needed, she no longer qualified for skilled services under Nursing.

I asked Donna if the SNF had ordered Home Health services for Carol, and if they had ordered any equipment she might need related to her COPD and decreased endurance. Dennis didn’t know, and didn’t even know what time Carol would be discharged. This should have been addressed during the “brief meeting” by the SNF. And again, Dennis should have asked questions when he was unsure. I sent Donna the following questions for Dennis to ask of the SNF Social Services Director, as soon as possible:

Thankfully, once Dennis had the above in hand, he was able to talk with the Social Services Director, and Carol had a smooth transition home. I’m happy to report that the SNF provided a loaner walker to Carol and hand-delivered a new one a few days later. Home Health was arranged by the SNF, and they recommended both Physical and Occupational Therapies. Home Health also arranged for small portable oxygen tanks for Carol, and is teaching both Dennis and Carol how to fill and operate them.

I was happy to hear the information I provided really helped Dennis and Carol have a good outcome. Had they known about my convenient online courses (https://www.yourlongtermcarecoach.com/all-products) that address all these matters, so many problems they encountered could easily have been avoided. Dennis & Carol’s frustrating and frightening experience is another example of how confusing it can be trying to navigate the SNF world on your own. Especially, if you are hesitant to ask questions!